(Temecula, California) October 19, 2018 – The recent rise in gold’s price has sparked a return to the physical gold market of former customers along with new retail buyers, according to officials of the Professional Numismatists Guild. The Temecula, California-based PNG is a non-profit trade association composed of many of the country’s top rare coin and bullion coin dealers.

“Comments we’ve been hearing from members of our Accredited Precious Metals Dealer program indicate that with the recent uptick in the spot price previous clients are again buying gold bullion coins. The dealers are also getting some inquiries and sales from new customers,” said PNG President Barry Stuppler of Woodland Hills, California.

“In addition to the U.S. American Eagle and Canadian Maple Leaf bullion coins, some common date, century-old U.S. gold coins are selling now for just a small fraction above their precious metal content. The same is true for some late 19th and early 20th century U.S. silver coins. There’s an opportunity now to acquire these kinds of coins at a low premium over their melt value,” said Stuppler.

“Many of the dealers I’ve talked to believe that inflation will be coming back by June 2019 and that will drive more gold and silver buyers,” added Stuppler.

“We actually started seeing interest when gold was in the $1,180 to $1,200 range with the return of long-time buyers,” said PNG Vice President Richard Weaver of Broomall, Pennsylvania. “We are seeing some new faces, but they’re not making large quantity purchases.”

“While precious metals are firming up from their June/July skid to 2018 lows, the strong declines in stocks have been a bigger driver of public buying of gold in my opinion,” stated former PNG President Dana Samuelson of Austin, Texas. “Investors are clearly taking some stock profits as Wall Street volatility increased and they’re moving some of those profits to safer or more opportune areas, including gold and silver.”

PNG-APMD member David Nelkin of Eugene Oregon cited apprehension as one of the motivating factors bringing buyers into the gold market again or for the first time: “Lots of customers feel like precious metals should go up given the present political and economic atmosphere in the country and the world. We also have many clients who see a collapse coming and think they will need precious metals to survive.” 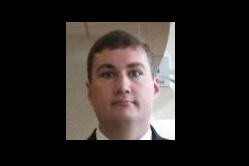 melt value. “Some Liberty Head and Saint-Gaudens design $20 denomination Double Eagles, $10 Indian Head and $10 Liberty Head Eagles and $5 Liberty Head Half Eagle in Mint State 64 (on a 1 to 70 grading scale) are at or near premium lows,” he said.

“Primarily from what our customers are saying, I am gathering that mostly they want to diversify their investments,” explained PNG-APMD member Tony Adkins of Bloomington, Minnesota.

Former PNG President Gary Adkins of Minneapolis, Minnesota called it “a mixed bag with less buyers than sellers taking advantage of the higher gold price to liquidate. Until we see higher interest rates, that will be the case.”

“We need a more sustained and stronger move up (for gold prices) and more downward pressure on the Dow,” stated PNG-APMD member Warren Mills of Milford, New Hampshire.

PNG-APMD member Diane P Rapanotti of Kingston, Washington says her customers’ outlook for gold is based on political affiliation: “My liberals don’t think the economy, as it is, can be sustained and metals will go up. My conservatives think we are in a great economy and it can be sustained through the Trump term. Thus, metals will go down.”

All members of the Professional Numismatists Guild Accredited Precious Metals Dealer program undergo a background check, must adhere to a strict code of ethics in the buying and selling of numismatic items and guarantee the authenticity of the numismatic merchandise they sell.

A nationwide directory of PNG-APMD members can be found at www.apmddealers.org/apmd-dealers.